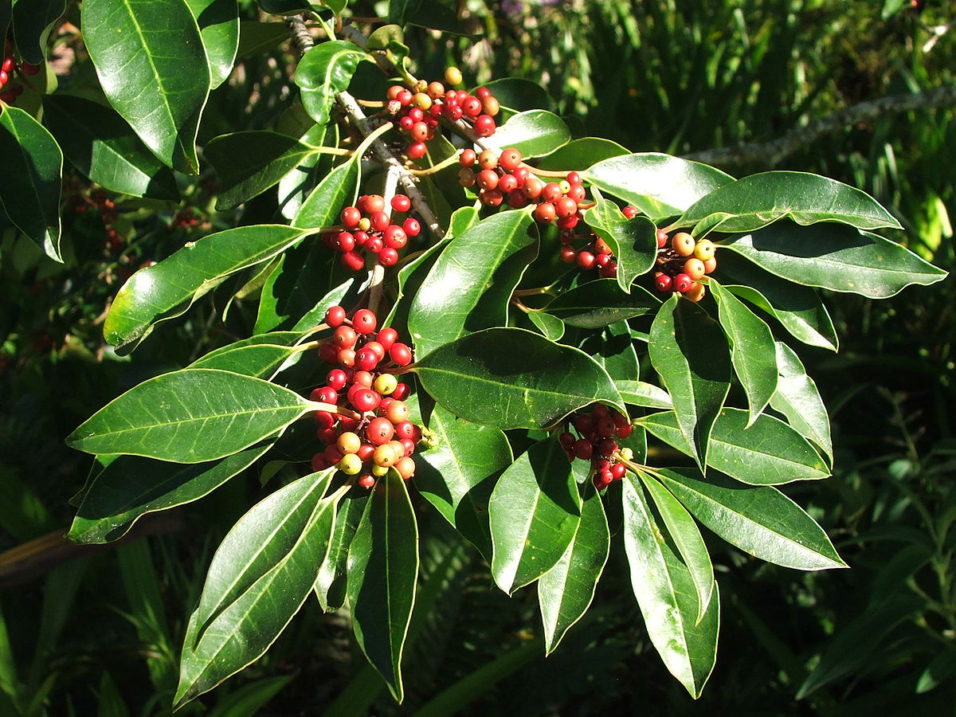 The Ilex mitis, or Cape Holly is a beautiful evergreen that can reach between up to 8-10m in cultivation. Although there are over 200 species in the holly family all over the world, the Ilex mitis is the only holly species to be found in South Africa. This indigenous tree is one of the few trees native to South Africa that can tolerate frost very well, so it is certainly a suitable tree for indigenous gardens in colder regions of the country.

Younger trees have pale brown/grey bark, which grows lighter with time becoming whitish with darker spots as it ages. In addition to this attractive bark, the Cape Holly boasts bright cheerful berries on female trees in the Autumn, which grow tightly packed on stems and attract many birds and butterflies. In summer and early spring, small white flowers appear and are beautifully scented, just another fantastic contribution that this tree makes to the area around it.

Being an evergreen, this tree would work well as a shade tree for hot summer days. The Cape Holly would work equally well as an effective street tree or avenue tree, particularly for smaller roads as the medium-sized tree does not reach enormous heights nor does it have an invasive root system. These qualities also make it suitable for smaller gardens and the tree can work excellently as a hedge or windbreak. The Ilex mitis is also a relatively fast-growing tree and transplants well, making it useful if you’re looking for quick results.
Below you’ll see an example of a beautiful spread of Cape Holly’s lining a street from a project we did with landscape design company, Heimo Schulze Gardens at Frederick Selous Avenue in Constantia. The neat, sweet trees create a graceful flow of line and in the second picture, the Ilex mitis provides a striking contrast to the hedge. We currently stock 100L and 400L of this tree, so head to our website if you’re interested in finding out more! 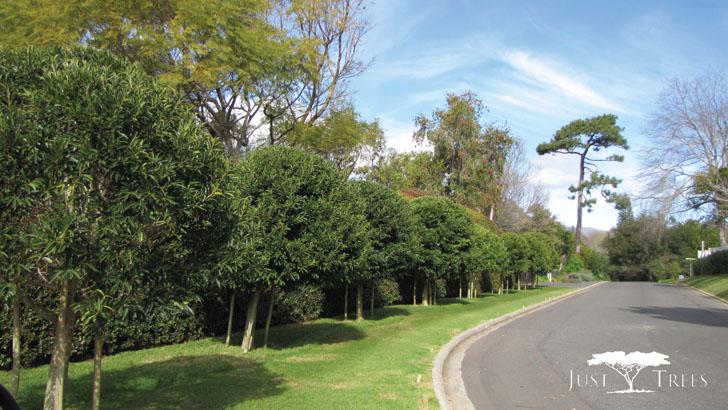 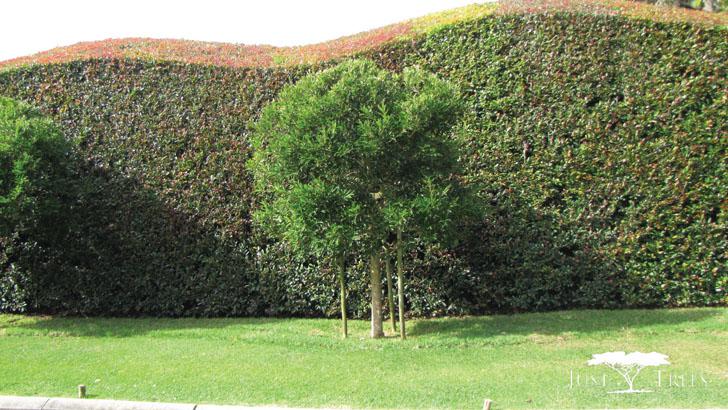