What we’re reading: 20 years later, a forest is rebuilt.

Treeification > What We're Reading > What we’re reading: 20 years later, a forest is rebuilt. 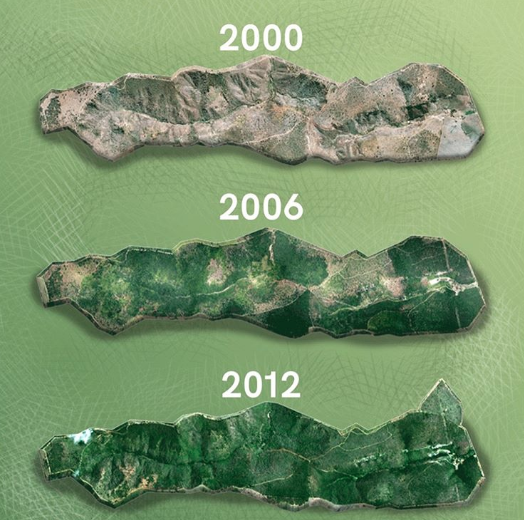 We’re constantly writing about the positive effects of planting trees. The long term effects of merely planting one tree in your garden are endless. This couple took it to the next level. To hear a success story such as this one, is enough to restore faith in humanity. Brazilian photojournalist Sebastião Ribeiro Salgado and his wife, Leila took it upon themselves to replant the entire forest of Minas Gerais. When they started this massive project, there was only 0.5% of the surface covered in trees. There was also zero sign of wildlife. Salgado set up the organization Instituto Terra team, together they rebuilt the  1,754-acre forest – turning it back into a safe haven it once was.

Nearly 30 years ago, Brazilian photojournalist Sebastião Ribeiro Salgado returned from East Africa, where he was on location documenting the horrors of the Rwanda genocide. Following this traumatizing project, Salgado was to take over his family’s sprawling cattle ranch in Minas Gerais—a region he remembered as a lush and lively rainforest. Unfortunately, the area had undergone a drastic transformation; only about 0.5% was covered in trees, and all of the wildlife had disappeared. “The land,” he tells The Guardian, “was as sick as I was.”

Then, his wife Lélia had an idea: they should replant the forest. In order to support this seemingly impossible cause, the couple set up the Instituto Terra, an “environmental organization dedicated to the sustainable development of the Valley of the River Doce,” in 1998. Over the next several years, the Salgados and the Instituto Terra team slowly but surely rebuilt the 1,754-acre forest, transforming it from a barren plot of land to a tropical paradise. 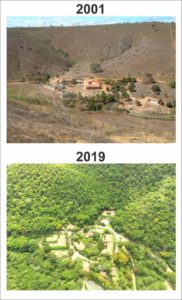 Now a Private Natural Heritage Reserve, hundreds of species of flora and fauna call the former cattle ranch home. In addition to 293 species of trees, the land now teems with 172 species of birds, 33 species of mammals, and 15 species of amphibians and reptiles—many of which are endangered. As expected, this rejuvenation has also had a huge impact on the ecosystem and climate. On top of reintroducing plants and animals to the area, the project has rejuvenated several once dried-up springs in the drought-prone area, and has even positively affected local temperatures.

Ultimately—and perhaps most unexpectedly—this major feat has saved more than the local landscape. “All the insects and birds and fish returned,” Salgado shares, “and, thanks to this increase of the trees, I, too, was reborn—this was the most important moment.”