4 Ways How Plastic Harms The Environment

Treeification > What We're Reading > 4 Ways How Plastic Harms The Environment

In a new survey, published by the Institution of Chemical Engineers (IChemE), chemical engineers have voted plastics as the sixth most important chemically engineered invention and solution of the modern era. This is not surprising since plastic is used across almost every sector, including packaging, textiles, building and construction, consumable products, electronics, transportation, electrical and industrial machinery. Human beings have benefited enormously from the invention of plastic, but sadly it has been proven to be harmful to the environment. 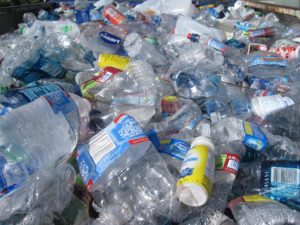 Here is a list of the top four ways that plastic harms the environment:

Plastic waste can be found absolutely anywhere, from the Indian Ocean to the Atlantic Ocean. Plastic clogs our drains from the rural areas to our cities. Piles of litter consisting of plastic can be seen across the country. In 2018, South Africa collected 519 370 tonnes of plastic waste, it’s been reported that South Africa only recycles 16% of plastic. The rest of the plastic waste ends up at landfill locations where it can end up in rivers and even the ocean due to improper waste management, wind, and overflowing landfills. It is reported that plastic waste is found in the guts of more than 90% of the world’s sea birds and in the stomachs of more than 50% of the world’s sea turtles. It’s predicted that at this rate, by 2050, the mass of plastic in the world’s oceans will exceed the mass of all the fish that live there. There are several steps we can take to reduce plastic waste in our oceans; recycling properly and often, avoiding microbeads, reducing single-use plastics, participating in beach clean-ups, and encouraging others to do the same. 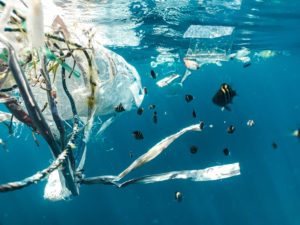 Plastic waste harms wildlife. These include animals eating plastic products/waste, animals getting entangled and dying. It’s estimated that there are currently 270,000 tons of plastic floating through the world’s oceans. This threatens about 700 of our marine species. Studies also show that there’s a direct correlation between plastic waste and the rising rates of species extinctions. Over 100,000 dolphins, fish, whales, turtles, and more drown after becoming entangled in or digesting plastic litter each year. Since plastics are not digestible nor biodegradable, a lot of marine animals end up dying from eating plastic waste. Smaller pieces of plastics are accidentally consumed by animal species which leads to intestinal blockage, malnutrition, or slow poisoning from chemicals in plastics. To help reduce the number of animals dying from plastic waste, you can refrain from littering in public spaces especially where there is wildlife. Ensure that your plastic waste is secure and it is not easily accessible to animals such as birds.

Fracking is scientifically known as Hydraulic fracturing. It is the process of extracting natural gas from shale rock layers deep within the earth by making cracks (fractures) in the rocks formed by the pressure build-up from pumping water, sand, and chemicals down a well which is drilled into the rock. Plastic is one of the main products of fracking. Fossil fuels removed from shale and other rock formations are turned into resin pellets that are used to manufacture plastics. These are plastics that are designed for single-use and are easily discarded. Fracking pollutes water, soil and air with toxins, it creates underground cavities that collapse into sinkholes, and it raises the pressure in underground rock formations, destabilizing them and leading to earthquakes, even in places where earthquakes are uncommon. You can minimize your fracking footprint by reducing your purchases of virgin plastic products, which are produced from derivatives of natural gas or petroleum. You can also avoid cleaning products that are filled with petro-packaging, petrochemicals, synthetic fabric and textiles. Most textiles such as polyester, acrylic, nylon are petro-based. You can also buy organic products since organic farmers are generally prohibited from using petro-products and synthetic fertilizers.

Contrary to popular belief, not all plastic is recyclable and sadly not all plastic is recycled. Most conventional plastics such as polyethylene, polypropylene and polystyrene are non-biodegradable. Only a minority of plastics are compostable or biodegradable. If the plastic waste is not biodegradable, it’s not capable of being decomposed naturally without causing any harm to the environment. Non-biodegradable waste can cause pollution, block drains and can harm animals. When it comes to recycling, not all plastics can be reduced to their chemical components. Other plastics can only be successfully composted by industrial or municipal facilities after first being separated from other non-biodegradable plastics. According to National Geographic, an astonishing 91% of plastic doesn’t get recycled, regretfully their increasing accumulation is a threat to the environment. Always try your best to avoid purchasing plastic products and if need be, look for the little recycling symbol printed on the product or packaging. Remember to opt for reusable bottles or cups, avoid single-use food and drink containers and utensils, buy second-hand items and donate used goods. 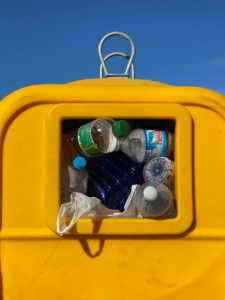 The International Energy Agency (IEA) predicts that plastic production will continue to grow in the next twenty years, indicating that it could reach 540 million metric tonnes by 2040. Some people might argue that human advancement wouldn’t have been made this far without the existence of plastics. Although that might be true, the current level of use and dependency on plastic is a threat to our planet’s future. Several countries have expressed concerns over the impact of plastic waste, especially marine plastic pollution, and the importance of reducing consumption to ensure a sustainable future. Plastic is currently at the top of the international agenda for waste management. However, it’s inevitable that countries will disagree on policies and laws, and who knows how long it will take, so it’s best to start with “the man in the mirror”.

To bring about true change, each and every individual will have to be more conscious about their use and consumption. We should also embrace innovative solutions such as the introduction of biodegradable polymers and other alternatives, especially for packaging. We also need to be more supportive of policies that seek to protect and sustain our planet.