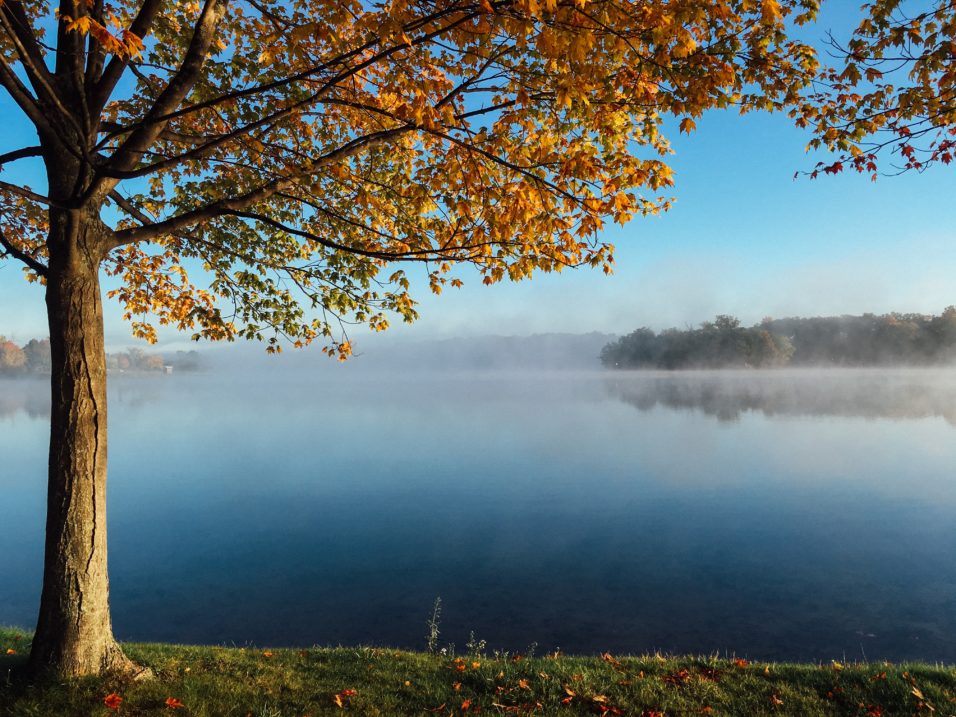 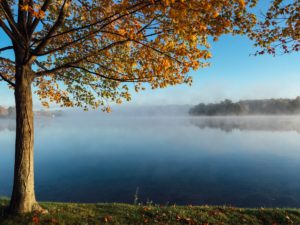 We all know that trees are essential for our basic survival. Not only do trees provide us with oxygen, but they have fed, housed and otherwise nurtured us throughout history. Here are 10 unusual facts about trees that might take you by surprise!

The planet Earth is about 4.5 billion years old, and plants may have only colonized land as recently as 470 million years ago. These were most likely mosses and liverworts without deep roots. It is said that Vascular plants followed about 420 million years ago. Tens of millions of years after that, no plants grew more than 1 meter off the ground.

Trees can assist with navigation when you are lost. In northern temperate climates, moss will grow on the northern side of the tree trunk, where it is shadier. If you find a cut down tree, you can observe the rings of the tree to discover which direction is north. In the northern hemisphere, the rings of growth in a tree trunk are slightly thicker on the southern side, which receives more light. The converse is true in the southern hemisphere.

Trees in a forest can ‘talk’ and share nutrients through an underground internet built by soil fungi. Trees have symbiotic relationships with mycorrhizal fungi that live on their roots. The fungi help trees absorb more water and nutrients from the soil, and in return trees share sugars from photosynthesis. Recent studies show that this mycorrhizal network also works on a much larger scale, in fact it’s sort of like an underground internet that connects entire forests. The fungi links each tree to others nearby, forming a huge, forest-scale platform for communication and resource sharing. These networks include Mother trees which are older and larger hub trees that may be connected to hundreds of younger trees around them. Mother trees send their excess carbon through the mycorrhizal network to the understory seedlings,” and has been associated with increased seedling survival by four times. It is said that mother trees may even help forests adapt to human-induced climate change. 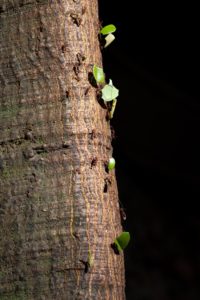 7. Some trees emit chemicals to protect themselves

Trees produce chemicals to combat leaf-eating insects, some also send airborne chemical signals to each other, apparently warning nearby trees to prepare for an insect attack. Essentially this let’s an embattled tree call for backup. Scientific research has shown that a wide range of trees and other plants become more resistant to insects after receiving chemical signals. Trees airborne signals can attract predators and parasites that kill the insects. A 2013 study found that apple trees under attack by caterpillars release chemicals that attract caterpillar-eating birds. Trees may look hopeless and helpless when under attack, but they are more intelligent than we think.

6. Trees don’t just provide us with oxygen, but also remove toxins to help us breathe.

Trees are a major source of oxygen, but did you know trees are one of the most cost-effective methods of curbing urban air pollution levels. This is highly beneficial to mankind since more than 3 million people die worldwide each year from illnesses linked to air pollution. It’s been reported that in the United States alone, pollution removal by urban trees is estimated to save 850 lives per year and $6.8 billion in total health care costs. Trees take in carbon dioxide, a natural part of the atmosphere that’s now at dangerously high levels due to the burning of fossil fuels.

4. Trees can increase your property value

According to research conducted by the U.S. Forest Service, landscaping with healthy, mature trees adds an average of 10 percent to a property’s value. Urban trees are also correlated with lower crime rates, including activities such as vandalism and littering to domestic violence. This results in the perception that these neighbourhoods are relatively safer thus increasing the evaluations of real estate.

3. Tree leaves are not actually green

Trees leaves may appear green for most of the year, but most leaves are naturally red, yellow, orange, purple and green. A chemical called chlorophyll (which makes leaves green) tends to dominate until leaves get less sunshine in Autumn. In Autumn, when chlorophyll is less produced, the green colour fades, allowing the other colours to be revealed. 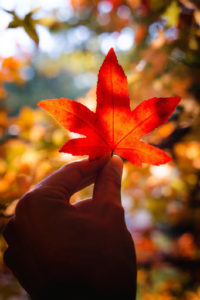 2. Approximately 15 billion trees are lost each year due to mankind

Our planet is losing trees at an alarming rate. Approximately 15 billion trees are lost each year due to deforestation and changes in land use. More than half of all deforestation is attributed to farming, grazing of livestock, mining, and drilling.  Unsustainable forestry practices, wildfires and urbanisation are also contributing factors to the rapid loss of trees.

We hope these ten facts about trees will help you acknowledge the importance of trees and the benefits that they provide to our lives. We hope you will be inspired to help conserve nature for the benefit of mankind and future generations. Let us all strive to learn more about trees and encourage others to do the same, so that we can cultivate our understanding and gratitude for nature. In the words of Albert Einstein, “look deep into nature, and  you will understand everything better.”